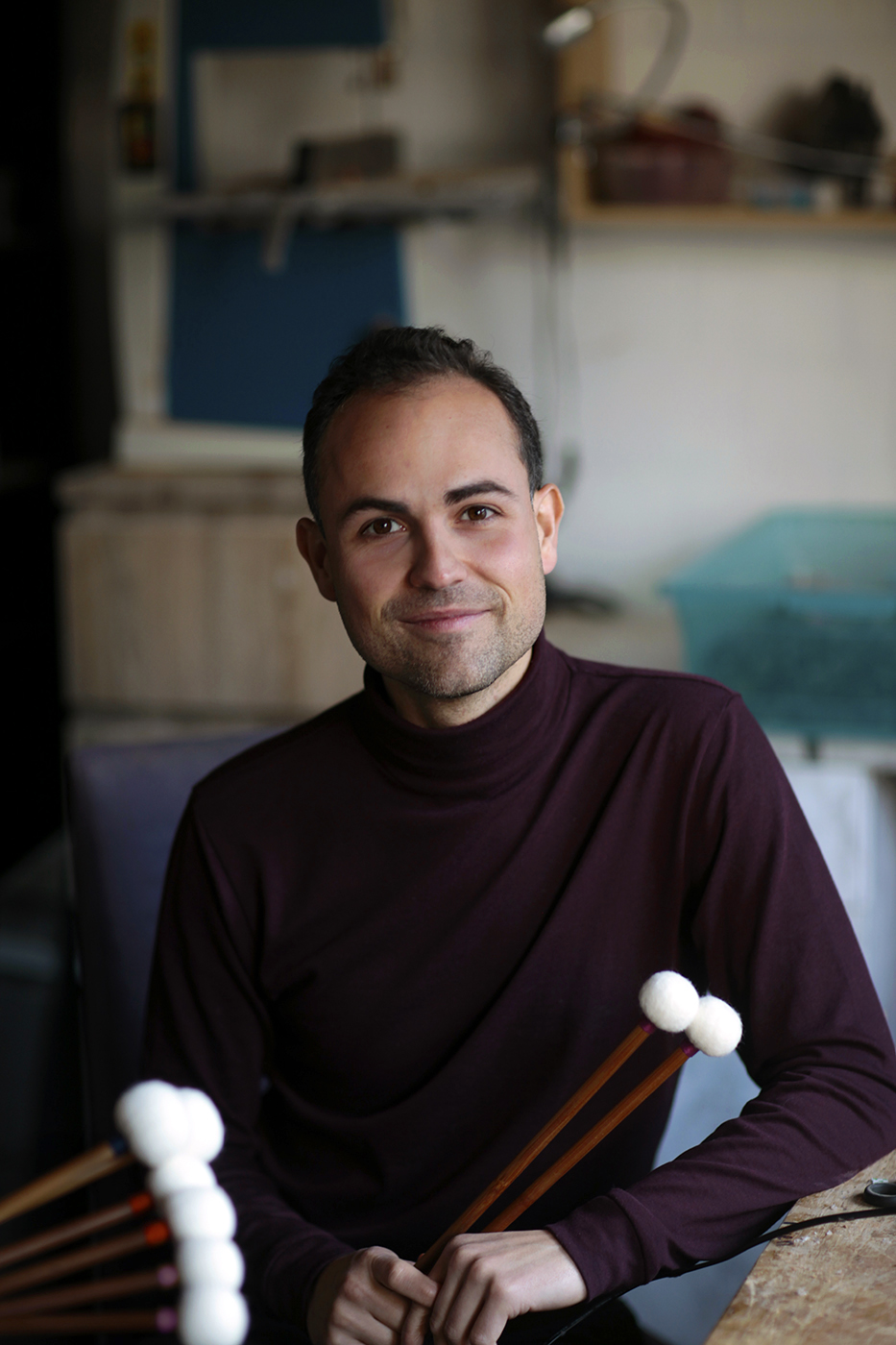 Born in Valencia in 1988, Javier Azanza Ribes is one of the most talented and promising timpani players of his generation. He is active as a musician and teacher giving concerts and masterclasses across Europe. Javier obtained his bachelor’s degree at universities of Valencia and Castellon. During this time he entered the Gustav Mahler Jugendorchester. After finishing his studies in Spain, he went on to study Timpani and Orchestra Percussion at the Hochschule für Musik und Theater München with prof. Raymond Curfs, prof. Peter Sadlo and prof. Franz Bach.

In September 2012, he joined the Academy of Berliner Philharmoniker being taught by prof. Franz Schindlbeck and Rainer Seegers in addition to playing concerts and making tours with the Berlin Philharmonic. His professional life as a timpani player started in August 2015, when he got a Timpani Solo position in the Basque Country Orchestra, Spain. In the year 2016, he was appointed a Timpani professor in Musikene – Centro Superior de Música del País Vasco.

In 2018, he was appointed a solo timpani player in the Orchestre de Paris.

He has played with many orchestras, like the Berlin Philharmonic, the Royal Concertgebouw Orchestra, the NDR Elbphilharmonie Orchester, Staatsoper Munich, the Rotterdam Philharmonic Orchestra among other orchestras.

This website uses cookies to improve your experience while you navigate through the website. Out of these, the cookies that are categorized as necessary are stored on your browser as they are essential for the working of basic functionalities of the website. We also use third-party cookies that help us analyze and understand how you use this website. These cookies will be stored in your browser only with your consent. You also have the option to opt-out of these cookies. But opting out of some of these cookies may affect your browsing experience.
Necessary Always Enabled

Any cookies that may not be particularly necessary for the website to function and is used specifically to collect user personal data via analytics, ads, other embedded contents are termed as non-necessary cookies. It is mandatory to procure user consent prior to running these cookies on your website.